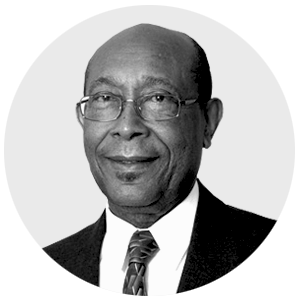 Prof. the Hon Henry I.C. Lowe, is a scientist who specializes in medicinal chemistry. He has contributed almost fifty years in the fields of science and technology, wellness and the health sciences. He has earned several recognitions for his work, including the Prime Minister’s National Medal for Science & Technology (2014), Order of Jamaica (2012) and Commander of the Order of Distinction (1982) and has served on several public and private sector boards. A former Permanent Secretary for the Government of Jamaica, Prof. Lowe established the first Ministry of Science & Environment in the CARICOM region. He is Founder and Executive Chairman of the Environmental Health Foundation, a non-profit established to enhance the quality of people’s lives through Science and Technology. He has various commercial interests in the USA and Jamaica and established the first science based Nutraceutical industry in the CARICOM region. Prof. Lowe has discovered several bioactive molecules from Jamaican medicinal plants for cancer therapy and antiviral medicine. He has earned twelve patents from his R&D work and has several patents pending. He has also been granted two Orphan Drug Designations by the Food and Drug Administration (FDA) for his cancer drug development. Prof. Lowe has authored/co-authored over 27 books and has published over 130 major articles for peer-reviewed journals and the popular press. Prof. Lowe is the only Jamaican who is a member of the prestigious American Association for Cancer Research (AACR), he is also a member of the American Association for the Advancement of Science, Fellow, Royal Society of Medicine (United Kingdom), Harvard Medical School Postgraduate Association, American Association of Pharmaceutical Scientists and the American Chemical Society and is a Life Member of the New York Academy of Sciences.  He is an Adjunct Professor in the Department of Medicine, University of Maryland School of Medicine (USA), Distinguished Adjunct Professor of Ethno-medicinal Chemistry, University of Technology (Jamaica) and Honorary Professor in the Faculty of Medical Sciences, University of the West Indies, (Jamaica) and has received many awards and accolades during the course of his career. Prof. Lowe holds a Ph.D. (Manchester University) and Dip. Technical Education (Bolton Institute of Technology, England), he completed his post-doctoral studies at Harvard University and M.I.T, USA.

Return
Page load link
We use cookies on our website to give you the most relevant experience by remembering your preferences and repeat visits. By clicking “Accept All”, you consent to the use of ALL the cookies. However, you may visit "Cookie Settings" to provide a controlled consent.
Cookie SettingsAccept All
Manage consent

This website uses cookies to improve your experience while you navigate through the website. Out of these, the cookies that are categorized as necessary are stored on your browser as they are essential for the working of basic functionalities of the website. We also use third-party cookies that help us analyze and understand how you use this website. These cookies will be stored in your browser only with your consent. You also have the option to opt-out of these cookies. But opting out of some of these cookies may affect your browsing experience.
Necessary Always Enabled
Necessary cookies are absolutely essential for the website to function properly. These cookies ensure basic functionalities and security features of the website, anonymously.
Functional
Functional cookies help to perform certain functionalities like sharing the content of the website on social media platforms, collect feedbacks, and other third-party features.
Performance
Performance cookies are used to understand and analyze the key performance indexes of the website which helps in delivering a better user experience for the visitors.
Analytics
Analytical cookies are used to understand how visitors interact with the website. These cookies help provide information on metrics the number of visitors, bounce rate, traffic source, etc.
Advertisement
Advertisement cookies are used to provide visitors with relevant ads and marketing campaigns. These cookies track visitors across websites and collect information to provide customized ads.
Others
Other uncategorized cookies are those that are being analyzed and have not been classified into a category as yet.
SAVE & ACCEPT
Go to Top